The American Cancer Society (ASC) estimates there will be 222,520 new cases of lung cancer this year alone. These new cases account for 15%+/- of cancer diagnoses annually. In the United States, lung cancer is the most common cause of cancer related deaths for both men and women with cigarette smoking being the number one cause for developing lung cancer.

Based upon the findings of a study from the National Lung 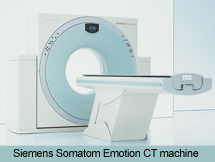 Screening Trial (NLST), CT screening for lung cancer had been shown to be effective in reducing mortality from lung cancer. Since 2002, 53,000 men and women with at least a 30 “pack year” history of smoking were enrolled in the trial. Patients were randomly assigned to annual screening with either a low-dose (i.e., less radiation) CT scan or routine chest X-ray. The results demonstrate that annual screening with low-dose chest CT in heavy smokers, past or present, is far superior to conventional x-ray screening in detecting lung cancer and resulted in 20% fewer deaths from lung cancer. The findings were so impressive that the study was halted prematurely. An additional benefit of the study was a 7% reduction in all causes of death in patients screened with low dose chest CT. More detailed information can be found on the National Cancer Institute website: www.cancer.gov .

While it is clear from the NLST study that screening former and current heavy smokers increases survival from lung cancer, it remains unclear if light or moderate smokers will achieve similar benefits from CT screening.

The cost of a low-dose chest CT is approximately $350-450 at an out-patient imaging facility and the radiation dose is similar to that of a mammogram.

Clearly, the benefits of low-dose chest CT screening for  diagnosing a treatable lung cancer outweigh the risks associated with radiation exposure for heavy smokers.  But the best thing you can do in the fight against lung cancer is to quit smoking or never start. For those who need help to quit smoking contact your primary care physician or check some online resources such as:   www.smokefree.gov; and the American Cancer Society www.cancer.org.