MRI at the Movies: Venom

MRI at the Movies: Venom 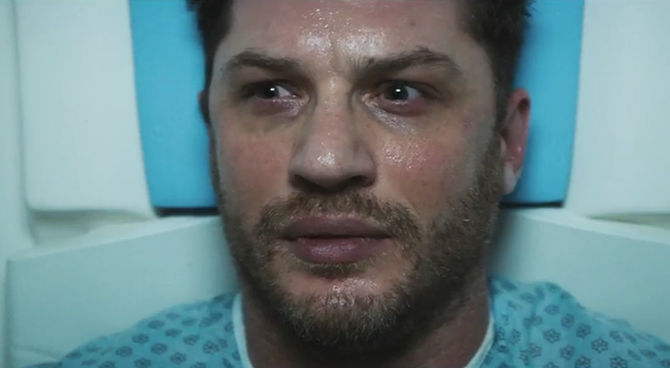 Venom, Marvel’s latest supervillain movie starring Tom Hardy and Michelle Williams, earned more than $850m during its theatrical release, and is available this week on DVD and on-demand. Despite mediocre critical reviews, the film really seemed to strike a nerve with audiences everywhere, and a sequel is already in development.

We at Shields MRI were surprised (and a little terrified) to see Magnetic Resonance Imaging (MRI) portrayed so dramatically in the film.

If you haven’t seen it yet, MRI is used on Tom Hardy’s Eddie Brock character, in an attempt to diagnose and explain his erratic behavior -- which is actually the result of infection/possession by “Venom,” an alien creature or “symbiote.” Early in the film, Venom jumps inside Eddie and begins to influence his behavior, giving him superhuman strength and occasionally convincing him to act out in violent ways. Meanwhile, Eddie’s girlfriend in the film, played by Michelle Williams, has left him for a radiologist, who decides to use MRI on Eddie in an attempt to diagnose his strange behavior. In the film’s most memorable scene, Eddie painfully discovers that the MRI process has a strong effect on his supernatural stowaway, and forcefully separates him from his alien companion.

You can catch the film’s pulse-pounding trailer, which teases the dramatic MRI scene, here:
https://youtu.be/dzxFdtWmjto

Have Marvel filmmakers inadvertently stumbled upon a revolutionary new application for the powerful medical tool that is Magnetic Resonance Imaging? We spoke with Shields’ Medical Director, Dr. Steve Sweriduk, to find out.

Thanks for taking the time to speak with us, Dr. Sweriduk. Have you seen the film?

Yes, I’m a Marvel fan and I ordered it on-demand last night.

What do you think of the portrayal of MRI in the film?

Well, it’s very dramatic. It builds suspense, and I think it’s important to recognize that this is to add flair to the film – the fictional film. It actually falsely characterizes the MRI process as painful and scary. It also grossly exaggerates the noise level of the scan. At Shields MRI, we do hundreds of these scans every day, and they are the exact opposite - smooth and uneventful. Patient comfort and safety are our top priorities. We provide satellite radio and also hearing protection during all scans. Watching the movie, if I had never experienced an MRI, I would be terrified! The one good thing I can say about the use of MRI in Venom is that it ends up being effective in identifying Eddie’s “condition,” so, I guess, in that sense, it’s endorsing the use of MRI.

Could an MRI detect a foreign/alien body? What properties would that body need, in order to be picked up by an MRI?

Hmmm. That’s a tough one. MRIs work by measuring the radio waves emitted by Hydrogen protons (water) in our body when excited by a strong magnetic field. So, theoretically, any hydrogen-based life form could be scanned by an MRI. We scan bodies of all shapes and sizes at Shields. But, of course, anything (or anyone) that shows up on an MRI scan would have mass and volume, and something the size of Venom couldn’t exist or “hide” inside someone without displacing tissue. So I’d say that the symbiotic relationship portrayed in the film is definitely science fiction.

Even though it’s science fiction, the scene is pretty frightening. What do you think it is about MRIs that play on people’s fears?

Well, some people find medical procedures in general somewhat intimidating, so there’s that. Often, doctors recommend an MRI to help diagnose and treat some sort of health problem, and dealing with a disease or injury can be frightening. Also, if we think about what an MRI does, MRIs use the science of magnets and radio signals to reveal the unseen within us. The unseen can be scary, whether we’re talking about movie creatures, or our own human bodies. So I think there are a lot of conscious and unconscious fears at play here. The truth, of course, is that there is really nothing to fear when it comes to magnetic imaging technology. In fact, movie theatre popcorn is probably more dangerous to your health. MRIs are a safe and effective way for doctors to study the human body and diagnose medical conditions. Once your MRI scan is complete and the radiologist has interpreted the images, your doctor can treat you more effectively, so it’s a process that is an important part of healthy living – on this planet, or any other!

NOTE: Shields MRI does not recommend the use of magnetic resonance imaging for identifying or removing alien symbiotes. Shields MRI also does not necessarily endorse Marvel’s Venom, now available on DVD, Blu-ray and on-demand.